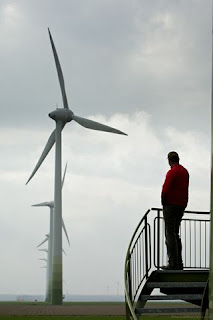 Cycling along the country roads of Flevoland, you can’t help but notice the wind. If one is lucky, it is behind you, if it isn’t… well, good luck. It is no wonder that windmills haphazardly dot the landscape. They fit. This is the Netherlands, a country where wooden windmills have dotted the landscape for hundreds of years. Now instead of pumping water, modern windmills are powering thousands of homes.

Stephan de Clerck and his brother Ralph live within a few kilometres of each other in Flevoland, and they are no strangers to the wind. They have been harvesting wind energy for 10 years. In the beginning they were looking for ways to diversify their farms and incomes. They love how wind energy perfectly complements their other crops, like potatoes, onions or sugar beets. Once installed, the windmills turn steadily in the background, while the day-to-day life of a farmer continues. For them, wind energy is a valuable crop, and one that gets better the stormier the weather. 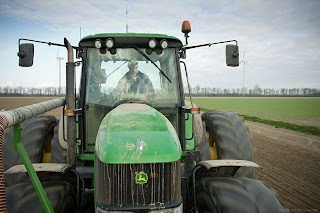 Together, Stephan and Ralph produce enough wind energy to power 5000 homes. Their energy is sold through WindUnie, a co-operative that sources and sells wind power to residents of the Netherlands. Ten years ago, WindUnie was a small start-up, but through the engagement of landowners like Stephan and Ralph, this co-operative has grown to be a major player in wind energy market in the Netherlands. Connecting residential customers with small scale producers, the WindUnie website intelligently allows you to explore the suppliers of wind energy, meet their families and see where your wind is coming from. In the case of Stephan and Ralph, you find out that they have 3 and 4 kids respectively and love skiing and walking on their holidays.

Stephan was very happy with the first set of windmills, so much so that he wished to build more. But, by then, the zoning laws had changed and regulations were now requiring windmills to be built in a line rather then individually. Stephan realized that he couldn’t do it on his own. So he went knocking on his neighbours doors and together the 5 of them launched Samen voor de Wind, (Together for the Wind), a co-operative farm of 7 windmills. Samen voor de Wind has substantially contributed to the financial well-being and health of the families. All the members have young families and they are naturally happy to have the extra income. Furthermore, the co-operative has built a stronger community between the neighbours.

Stephan believes that for renewable energy to succeed, we desperately need to level the subsidy playing field. With the removal of fossil and nuclear fuel subsidies, the market would take over and clean energy would rise to top.

“In the future, instead of all of us being energy users, we will all become energy producers,” says Stephan.
This blog post is part 4 of a series of wind energy stories from photographer Robert van Waarden. Next week meet Petr Pavek, an influential character in Czech Republic politics who has retired to his organic farm to live life more simply. 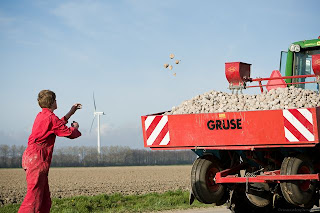 Posted by ClimateVMonitor at 10:04 0 comments 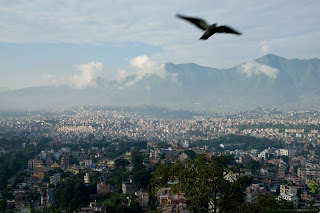 Amrit points it out as we zoom past on his motorbike. If you look closely, past the Nokia sign, past the other motorbikes, over the jumble of electric wires, and let your eyes drift upward, you might see it. It is a solution to the energy problems of Nepal, turning in the wind. Amrit turns a corner, jokes with a security guard and drives into the grounds of the Kathmandu Engineering College. A few minutes later we are on the roof, listening to the whirling of his homemade wind turbine and looking out over this crowded and noisy city called Kathmandu.


Amrit Singh Thapa, owner of Eenergys.com, lives and breathes wind energy. When he was still a student at the Engineering College, he began researching sustainable technology and felt deeply that his path was entwined with wind energy. He hasn’t looked back since. 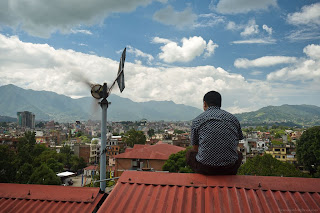 My life has been changed drastically since I got involved in wind energy. I don’t have time to sleep. My experience is very small, but there is no one with my experience in Nepal. That is the main factor; from the management, technical, ground, and field level, I have to manage and tackle everything. I am working as the complete package.”


Kathmandu is in the midst of an energy crisis. The Himalayas provide ample opportunity to tap hydro resources, but current supply is insufficient for the entire electrical needs of the city and in winter, when the reservoirs are low or landslides fill the reservoirs, hydro capacity is compromised.


“In the summer we have 3 to 4 hours a day of load shedding”, says Amrit, using the all-too-common term for a government scheduled black-out of city regions. “In the winter it will be even higher, in 24 hours we will only get 18 hours of electricity. This is the past record of maybe 4 years.” 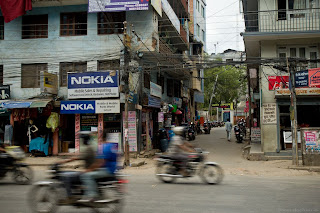 Amrit dreams of seeing turbines on the hills surrounding the Kathmandu valley one day. He believes that wind energy is the solution to the energy crisis in Nepal. His calculations show that it is feasible, and he cites the build time difference between wind and hydro as an additional plus.
“Kathmandu has a daily demand for 200 Megawatt. Around the Kathmandu Valley we can take 70 to 100 Megawatt from wind energy. In only one year we can make a big energy project, and you can’t do that with hydro power”, says Amrit.


The only thing holding wind energy back is proof to the Nepal business, government and people that the technology can work and be sustained. If Amrit can do that, and he thinks he can, then the money will flow and the technology will be replicated across the country.
“I think that it only takes one or two years to make a big windmill project in Nepal. I am quite optimistic. I hope that I can make it, and I can show that Nepal can also generate wind energy.”


As Amrit and I climb down from the roof, his story reminds me that one person can make a difference. If he has his way, this energetic young man’s vision and passion for wind could be the difference for Nepal’s energy problem. 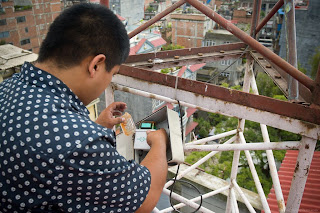 This blog post is part 3 of a series of wind energy stories from photographer Robert van Waarden. Next week meet the De Clerck family, a farming family in the Netherlands that enthusiastically co-operatively harvest wind energy.
Posted by ClimateVMonitor at 13:04 1 comments

Conclusion of Date With History!

Posted by ClimateVMonitor at 09:43 0 comments

What is the Climate Vulnerability Monitor?

The Climate Vulnerability Monitor issued by DARA and the Climate Vulnerable Forum draws attention to over 300,000 lives already lost each year as a result of global warming and changes to our climate. It is an independent global assessment of the effect of climate change on the world's populations today and in the near future.